A so-called March for Life that does not want to ban the abortion law and says it bluntly every year has lost its purpose and became part of infanticide through indifference. Silence over evil means complicity!

The real pro-life fighters know the huge stakes of a pro-abortion law and direct all their powers towards its abolition, because only in this way would occur the demographic recovery and the salvation of a series of future generations.

Our brothers in Bucharest „Students for Life” and their collaborators for many years do not want to look in the eye of reality and talk casually about compassion, charity and solicitude towards the pregnant woman but they miss the essence or do not want to see it! A useless show directed in the wrong direction ..! Organized as an online show this year and the last year.

When you want to remove an evil in a society, eliminate the cause or at least strive to and do not start diligently to beautify the effects.

A pro-life activist saying that he does not demand the ban on abortion by law is like a doctor who obviates all superficial wounds, systematically bypassing the deep one in an injured man and letting it to gangrene.

Any law shapes consciences and mentalities over time, for better or for worse, which will be passed on to future generations and become increasingly difficult to eradicate as the decades go by.

As we know very well, in Romania abortion was legalized the day after the 1989 Revolution and we recorded an explosion of abortions in the following year (1990): almost one million abortions in one year! The year 1989 had registered less than 200,000 abortions. So we see a five time raise in the numbers !

Romania needs prayer for the salvation fo the unborn children and for Christian politicians! 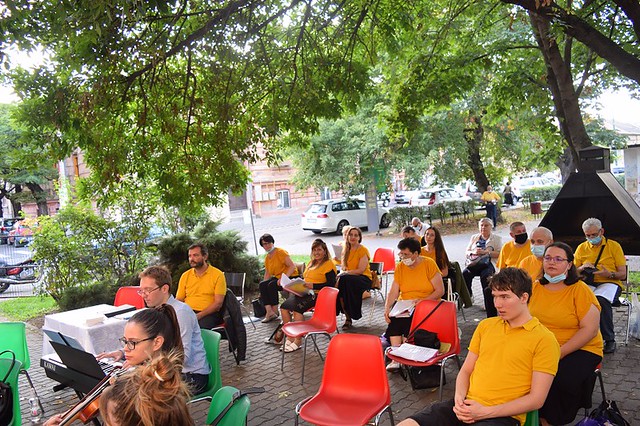